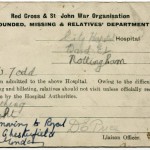 The SEM@S project team in the UK is working with the Co-operative Academy of Leeds, a mixed ability comprehensive school near the city centre. We are working with a class of History students in year 9 (aged 13-14) for one term from January to April 2012. The students are studying the Second World War, focusing on the history and memory of D-Day. 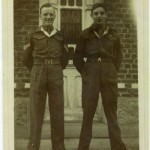 Students learnt about the background to the Second World War, then spent a lesson focusing on D-Day from the perspective of one man, Wilf Todd, who took part in the invasion of Sword beach in Normandy. Using photographs, historical documents relating to Wilf’s service, a letter he wrote to his wife Mary, and extracts from Wilf and Mary’s memoirs, students analysed the difference between history and memory sources. 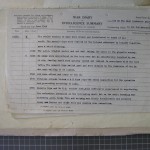 They then used a broader range of eyewitness accounts of D-Day together with photographs, films and archive sources to broaden their understanding and assess why the invasion of Normandy was ultimately a success. The class spent a day at the Royal Armouries Museum where they worked in the museum galleries and handled Second World War weapons and uniforms. After interview skills training, students met and interviewed D-Day and Second World War veterans in school. Using the results of their interviews, students will create digital stories based on the interviewees’ experiences, interpreting their stories in the context of the Second World War and giving their own views on the relationship between ‘official’ history and memory sources.