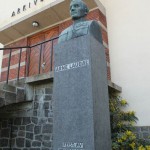 Arne Laudal, Norwegian military officer and resistance fighter executed by the Nazis in 1944

The Norwegian partner Stiftelsen Arkivet is a foundation based in a building which served as a Gestapo regional headquarters during the Second World War. A class of 9th graders (14-15 years old) at Havlimyra school in Kristiansand will work with the concept of historical memory related to this period, which is probably the most challenging part of Norwegian history. Through history classes the pupils will work with historical information in the way we normally encounter it through school textbooks and “official records”. The pupils will then examine the historical memories of this period. The methodology will involve primarily Social Science (history), but Norwegian and English classes will also be involved. 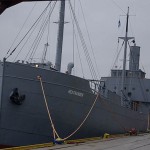 “Hestmanden” – a ship of the Second World War Nortraship fleet, which is today a museum ship.

Over the course of 6 weeks the students will be involved in a range of activities. In the middle of March the pupils will learn about the history of the Second World War abroad and in Norway. After being introduced to a theoretical framework on the difference between history and memory, the pupils will start the process of examining the historical memories of the period.

One of the main activities is a full day excursion in the last week of March, where the pupils will visit authentic places and memorials in our local area.

We will use as a starting point our own exhibition at Stiftelsen Arkivet, in which prison cells and torture chambers from 1942-45 have been reconstructed and the events that took place are illustrated by various installations. After this, the pupils will visit the following sites: 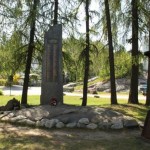 A few days after the full day excursion, two witnesses will visit Havlimyra school and the pupils will conduct interviews with them.

An important activity is of course the analysis, in which the pupils compare the historical information with the collective and subjective memories of the same period. They will present important aspects of their analysis in the form of a digital story in late April. 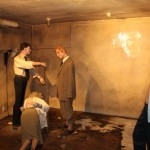 The torture chamber of 1942-45 with installations, both human sized dolls and digital installation

The last activity is for the pupils to discuss their experiences with pupils that have worked with the SEME@School project in other countries, possibly through a Skype conference. The objective here is to share and compare European memories.